What is Hashimoto's Thyroiditis?

People who suffer with the symptoms of an under active thyroid gland and test positive for antithyroid antibodies have a unique form of hypothyroidism known as autoimmune or Hashimoto’s thyroiditis. Autoimmune thyroiditis is perhaps one of the most common causes of hypothyroidism. It is a complex condition that involves such diverse  biologic functions as genetics, diet, digestion, the immunologic defense system, and thyroid function. Understanding its origins, as well as the factors which modify its intensity, are the key to its clinical management.

Hashimoto’s thyroiditis is the result of immunologic mistaken identity. An individual’s immune system mistakes its own normal thyroid hormone producing cells as a potential biological threat and produces antibodies which kill them as if they were a pathologic invader. It is important to understand what causes the immune system, which is normally the body’s defense system against foreign invaders that cause disease, to mistakenly attack its own healthy thyroid gland.

The Immune System, Autoimmunity and Hypothyroidism

Although we are largely unaware of it, our bodies are under constant attack by pathologic invaders. Our immune systems are in a state of constant alert to provide protection against invasion by pathogens such as viruses, bacteria and cancer cells. The immune defense system recognizes foreign organisms as being “non self” because their surface proteins are structurally different from those found on the cells of the host (“self”). The body reacts to the surface proteins of foreign cells by producing specific antibodies which act much like heat seeking guided missiles, locking on to the cell surfaces of invaders and destroying them. Under normal conditions, antibodies are designed specifically to kill only cells that are recognized as being foreign or “non self,” while sparing the body’s own cells, which are recognized as being “self.”

As may occur in any complex biological system, an individual’s immune system can produce antibodies that attack their own body’s tissues because their own cells are erroneously recognized as being “non-self” or foreign. The immune system can inadvertently produce “anti-self” antibodies creating a pathologic condition called autoimmunity. Autoimmune reactions against the body’s own cells is the cause of a variety of medical conditions, examples of which are multiple sclerosis, lupus, and idiopathic thrombocytopenic purpura (ITP). Hashimoto’s thyroiditis is the most common medical condition caused by autoimmunity.

What causes the symptoms of Hasimoto's Autoimmune Thyroiditis?

The symptoms of Hashimoto’s hypothyroidism are identical to those experienced by anyone having low thyroid function, with some hyperthyroid symptoms thrown into the mix. Common symptoms of hypothyroidism, such as fatigue, weight gain, depression, hair loss and brain fog are ultimately the result of an inappropriate immune reaction that kill off the body’s own thyroid cells, resulting in a reduction in the population of viable thyroid hormone producing cells. With a reduction in the population of thyroid hormone cells, there is a progressive decrease in hormone production, causing the symptoms of hypothyroidism to appear.

What causes the formation of antithyroid antibodies?

Thyroid hormone replacement therapy is a logical starting point for the treatment of symptoms because it compensates for the thyroid hormone deficit caused by the reduction in the number of hormone producing cells. I prefer to use natural desiccated thyroid medications which contain T3 for thyroid hormone replacement therapy. Because many individuals treated with synthetic T4 medications, such as Synthroid, are unable to convert T4, a weak thyroid hormone, into adequate amounts of T3, the active form of the hormone molecule, they still are symptomatic even though their TSH levels are considered to be in the “normal”range. Synthetic T4 medications can be used only if the patient has T3 levels in the upper part of the range, indicating adequate conversion of T4 into T3.

Although adequate medical treatment provides a substantial degree of symptomatic relief after arriving at an ideal dosage, as a stand alone therapy, it may not completely resolve symptoms in a substantial number of individuals. In those instances in which there is a suboptimal clinical response to thyroid hormone replacement therapy, dietary treatment will be essential in order to achieve a successful therapeutic outcome.

When a person has an autoimmune condition, their diet is of great importance because certain foods can trigger an increase in symptoms in individuals with Hashimoto’s thyroiditis. Foods consumed containing proteins similar to the ones that originally triggered the autoimmune condition causes the immune system to rapidly produce a massive antibody response. Because of the cross reactivity between the protein and thyroid cells, the antibodies produced attack the cells of the thyroid gland. Each time that food containing trigger proteins is eaten, the immune system goes into an antibody production mode and makes additional antibodies that attack the thyroid gland. Failure to eliminate foods containing the trigger protein from the diet causes continued destruction of the thyroid gland that produces a wide variety of unpleasant symptoms due to the continued autoimmune destruction of functioning thyroid cells.

In my opinion, the best approach to dietary therapy is to work with a nutritionist who has a depth of knowledge and experience in working with individuals who have thyroid or other autoimmune issues. Nutritionists understand food on a molecular level and can create meal plans that are able to identify dietary elements that trigger symptoms. Once identified, foods containing trigger proteins can be eliminated from the diet, allowing autoimmunologic activity to subside. Nutritional therapy is also important to help hypothyroid individuals lose weight. Failure to lose weight, or even experiencing weight gain, despite a low calorie diet is a frequent issue that frustrates many hypothyroid individuals. The problem is that when hypothyroidism exists, inadequate levels of thyroid hormone, specifically T3, deprive the body’s cells of the energy required for effective cellular metabolism. As a result, calories are not burned effectively so weight cannot be lost, even on a starvation diet. Treatment with natural desiccated thyroid which contains T3, T1 and T2, in combination with a dietary program, is necessary for the shedding of excess poundage and the maintainance of an ideal weight.

In addition to being nutritionally sound, it is important that meal plans are created in such a way so as not to deprive an individual of the pleasures derived from the enjoyment of food. Dietary plans which are excessively restrictive and unsatisfying ultimately defeat their purpose because long term compliance, which is the key to symptomatic relief, is impossible. Working with a nutritionist who acts as a life coach is invaluable as it supplies both motivation and support for the daunting task faced by individuals who require strict long term dietary modification in order to enjoy good health. 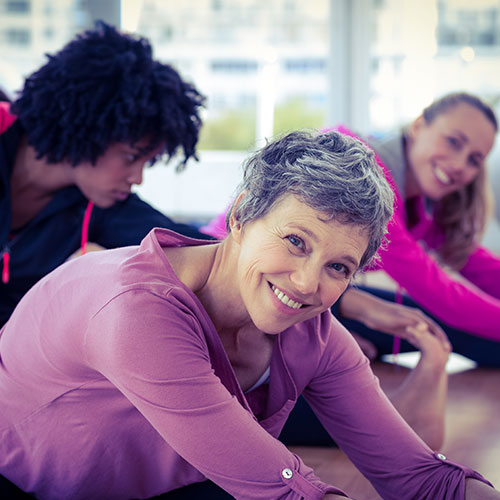