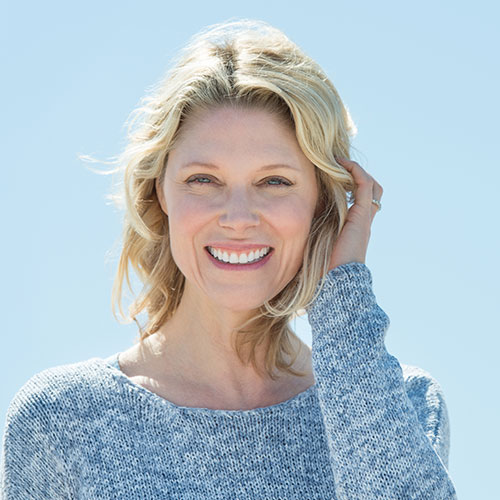 Could you briefly summarize your experience with ovarian rejuvenation?

I have observed three response patterns after ovarian PRP injections are administered.

One pattern is the return of both menstruation and hormonal function. In this case, I believe that platelet derived growth factors have caused local stem cells to morph into both new egg cells and estrogen producing granulosa cells. Ovulation was restored along with the return of normal hormonal production that accompanies ovulation.

The second response pattern is the return of hormonal production, but without ovulation and menstruation. In this case, only granulosa cells which are capable of producing estrogen and testosterone were formed, but no new egg cells were created.These women regained their natural hormonal balance, with regression of their menopausal symptoms and, in some cases, restoration of sexual drive.

The third group experienced neither return of menstruation, nor improvement in menopausal symptoms. In these cases I believe that there were no viable stem cells in the area of PRP injection, so there was no response after treatment.

Unfortunately, it not possible to document the existence of stem cells in a patient’s ovaries prior to PRP injection, so we cannot predict which women will not respond to treatment.

Is IVF necessary for conception after ovarian rejuvenation?

In my opinion, if the woman’s Fallopian tubes are open and her partner’s sperm count is adequate, there is really no need to do IVF. If the ovarian rejuvenation procedure has had a positive effect on egg production and quality, and if the sperm and egg can physically meet in the woman’s body, the process of conception will occur naturally. IVF is indicated only in cases of tubal blockage or poor quality semen, in which interaction of egg and sperm is impossible. I believe that natural conception, if it is possible, is superior to conception in the IVF laboratory because the biological conditions found in nature cannot be duplicated exactly in a laboratory.

Do you follow AMH levels after the ovarian rejuvenation procedure?

I do not recommend following AMH levels, because the level of AMH is not a valid predictor of a woman’s ability to conceive. AMH is an indirect indicator of the number of eggs in the ovaries. It is not an indicator of egg quality, which is ultimately the most important factor in achieving pregnancy.

What do recent studies say about AMH levels, age and natural conception?

Some interesting and unexpected data came from a recent study published in J.A.M.A. in 2017. Over 700 women, aged 30 to 44 years, without a history of infertility, and who had been trying to conceive for 3 months or less, were studied. The data collected showed that women with low AMH levels, indicating low ovarian egg reserve, did not have a reduction in their rates of conception when compared to a similar group of women who had a greater supply of eggs in their ovaries, as indicated by higher AMH levels. In this study, the pregnancy rates of both groups were the same, 62% vs 65% at 6 months and 70% vs 78% at 12 months. It is important to note that most of the conceptions occurred within the initial 6 cycles of unprotected intercourse.

Another recent study by a group of Danish investigators produced similar results as the J.A.M.A. paper and further observed that the time to pregnancy was actually shorter in the low AMH group. Of further significance is that natural conception was observed in women with a wide range of AMH-levels, including women with undetectable serum-AMH levels.

The observations and conclusions published by these researchers are in agreement with my clinical experience. I believe that AMH and FSH are not universally reliable predictors of conception and cannot be used as such, as they are today. I have had patients under the age of 34 in premature ovarian failure, with barely detectable AMH levels and high FSH levels, conceive spontaneously. I have also seen one patient who has never had detectable AMH levels, yet conceived twice naturally. Cases such as these, in which pregnancy occurs under scientifically impossible conditions, indicates that our understanding of the process of conception is incomplete.

What is egg quality?

We do know that egg quality is related to age, but the truth is that we really do not know why the biologic “quality” of one egg, when fertilized, enables it to become a viable pregnancy, while another egg will fertilize but will not result in a healthy conception. One possibility is that growth factors may in some way revitalize existing eggs and improve “egg quality” in such a way that allows conception to occur. In one of our cases of conception, the woman was 44 years old and had a high egg reserve for her age, yet she was unable to conceive despite years of treatment including multiple IVF attempts. She then conceived spontaneously 5 months after the rejuvenation procedure. We really do not know whether PRP injections cause stem cell transformation into new functional cells or whether it reactivates dormant cells to regain their original biologic function. The effect of intraovarian PRP injections on embryo quality should be studied to see if it improves the rate of conception in younger women who fail to conceive with IVF because they produce poor quality embryos or genetically healthy embryos which do not implant.

Can conception occur even if FSH levels are high?

Prior to the actual onset of menopause, when FSH levels become permanently fixed at a high levels, periodic elevations of FSH are seen in the premenopause.

In my experience elevated FSH levels can act like a fertility drug and stimulate the production of viable eggs, even when there are a small number of eggs remaining in the ovaries. The high FSH levels can stimulate multiple egg follicles and explains the higher than expected rate of fraternal twins found in 40ish women who conceive naturally.