Extended culture of embryos to the blastocyst stage is a method used in fertilization treatment where more information is available about the vitality of the embryos. Blastocyst culture can be done both in IVF and ICSI treatments, and the method does not change the hormonal stimulation during treatment. 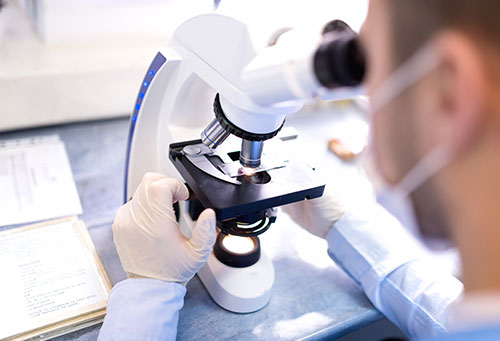 In normal treatments, the embryos are cultured for 2-3 days after the fertilization. The embryos have divided into 2-8 cells before the transfer to the uterus. At this stage, the selection of the most vital embryos from several embryos of good quality may be difficult. By culturing embryos for a longer period of time, we are able to choose the most vital ones for transfer, i.e. embryos that have continued to divide and develop.

In extended culture, the embryos are cultured for 4-5 days prior to the transfer to the uterus. At this stage, the embryo already has more than one hundred cells, and it is at either the morula or blastocyst stage during transfer. This corresponds to the development stage of an embryo formed in natural conception as it passes through to the uterus. At the morula stage the embryo forms a cluster of cells where we no longer can count the exact number of cells. At the blastocyst stage the first differentiation of cells has occurred. The inner cells in the thickened area of the blastocyst develop into fetal tissue, and the surrounding cells, known as trophoblast, develop into the placenta at the fetal end. At the blastocyst stage the embryo is ready to attach onto the lining of the uterus once it has hatched out of its shell. The likelihood of implantation of an embryo thus developed to this stage is great. This enables us to transfer a single embryo only and thus decrease the risk of a multiple pregnancy.

The blastocyst culture of embryos is a good option in cases where the implantation of embryos has not occurred during earlier treatments. The disadvantage of extended culture is that only 40-60% of embryos reach the blastocyst stage, and it is possible that all of the embryos cease to develop, in which case an embryo transfer is not possible.